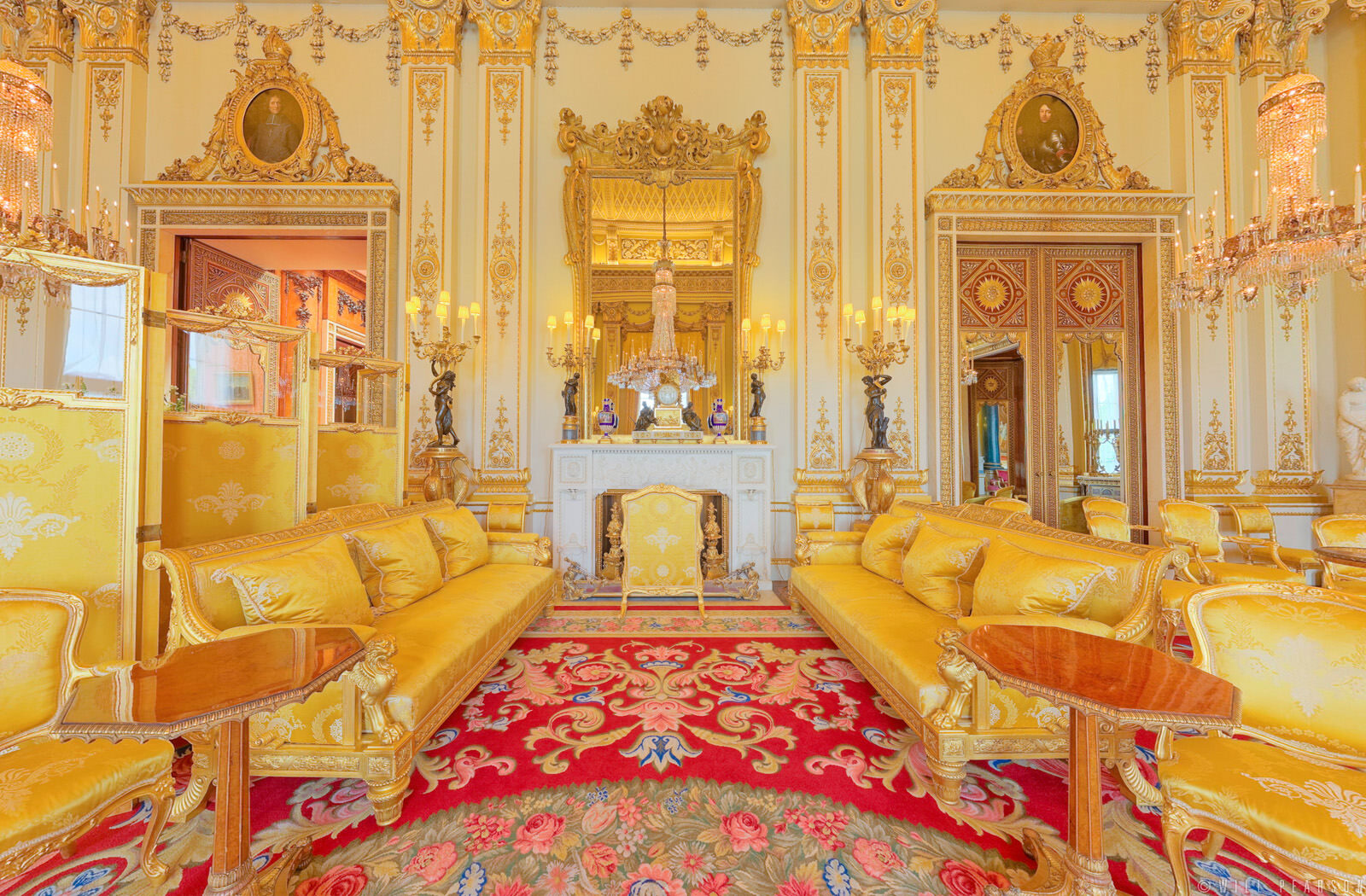 Buckingham Palace is the official London residence of Her Majesty the Queen. Originally called Buckingham House, built for the Duke of Buckingham in 1705, it became an official royal palace in 1837 with the accession of Queen Victoria. This high resolution virtual tour shows the beautiful interior of the White Drawing Room, which is occasionally used as a backdrop for formal portraits of the Royal Family.