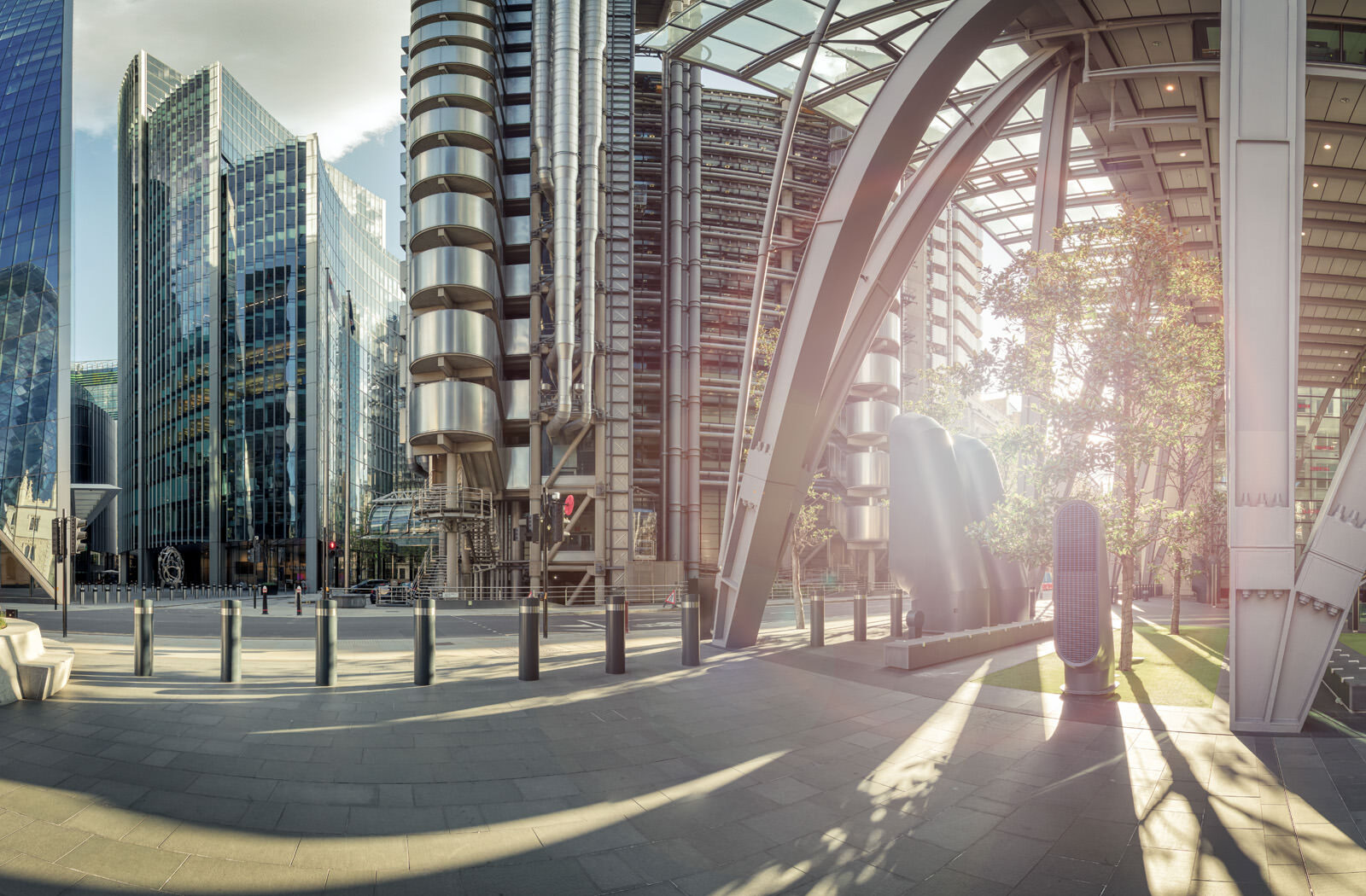 Below the City of London’s iconic skyline, the city’s monumental growth isn’t slowing. I imagine that perhaps one day, I’ll wake up and the headline will read “London is complete: the skyline is free from cranes!” Of course, this will never happen, but for the first time in many years I was able to capture this view without cranes or construction work happening at this key juncture of the City. Now you can explore this Leadenhall Building 360, captured on the courtyard at the base.

Leadenhall Street has always been at the epicentre of the city, from medieval times right up to the current day. Here, well-known buildings cluster around the courtyard, illustrating just how the City remains such a vital centre of commerce. The old City is represented by the church of St Andrew Undershaft – a church has been on this site from the 12th century and was once at the very heart of the City of London. This incarnation was built in 1532, and is one of the few city churches to have survived both the Great Fire of London and the Blitz.

Travelling clockwise through the buildings that have sprung up over the last 40 years, all visible from this one point on the ground, we come first to the sharp angles of the Scalpel at 52-54 Lime Street, with the stepped triple curve of the Willis Building behind it. The Lloyds building, with its thrusting 1980s, inside-out design is next. The vast struts of the Leadenhall Building dominates the square, with St Helen’s (previously The Aviva Tower and Commercial Union building) fronting it too. Finally, the Gherkin (30 St Mary Axe) with the Can of Ham just visible beyond the Gherkin on St Mary Axe brings us back to St Andrew Undershaft.

Yet more buildings are planned just in this section of the City, with Leadenhall Street planned as home to ‘The Diamond’, ‘Prussian Blue’ and ‘Gotham City’.

Please scroll around to explore the Leadenhall Building 360, and zoom in to see the detail.