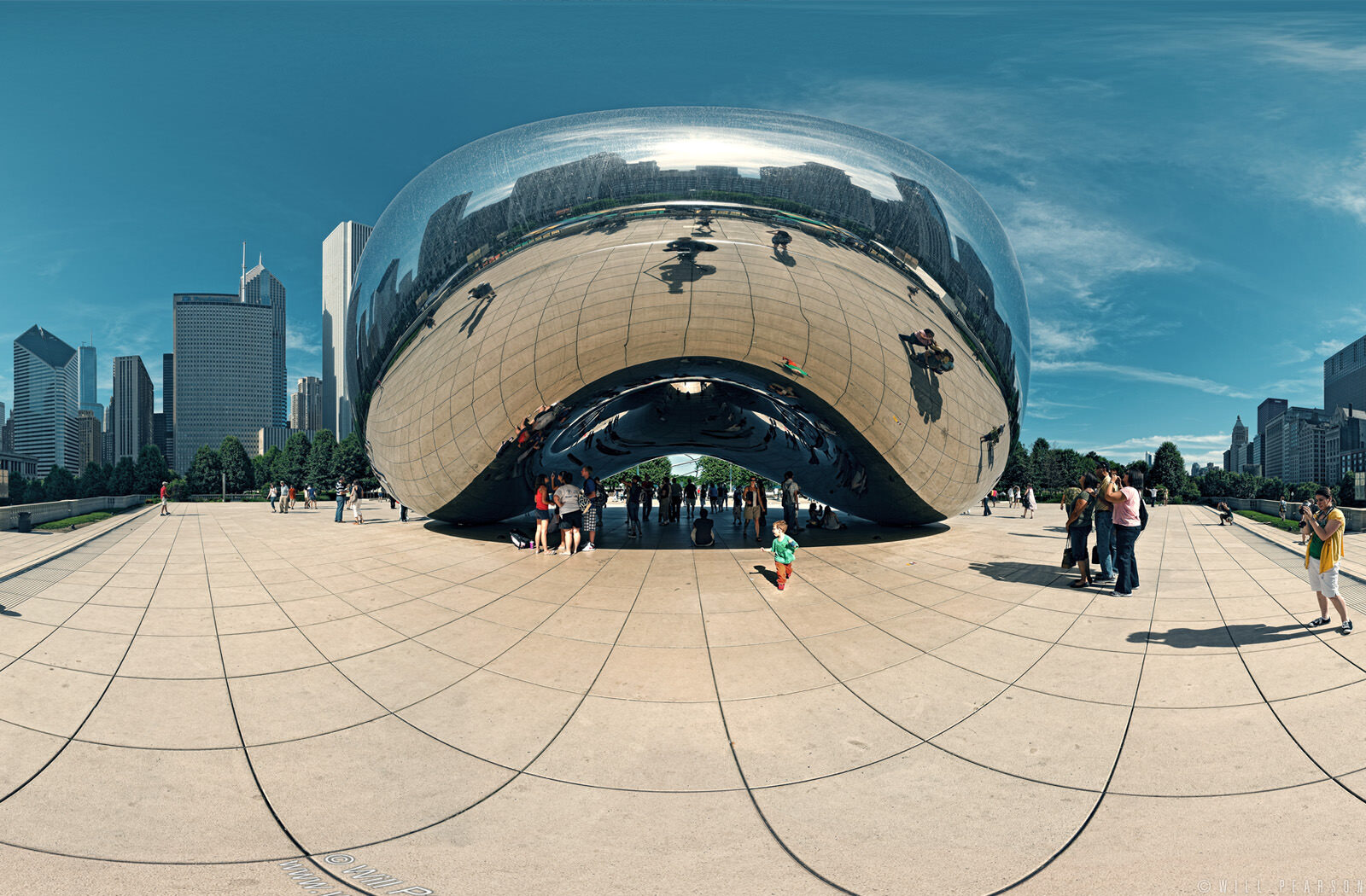 Anish Kapoor, the British born sculptor, won the competition for the sculpture in Millennium Park Chicago, on the AT&T Plaza, beating other luminaries of the art world such as Jeff Koons. His work, titled ‘Cloud Gate’ is affectionately known to native Chicagoans as ‘the Bean’. Cloud Gate’s scale is impressive – 20 metres long by 10 metres tall and weighing in at 110 tonnes (roughly the weight of 56 US cars, or roundabout 500 cows). The privately funded sculpture was originally planned to cost $6m and eventually came in at nearly four times this amount, making it the most expensive public art commission in the world.

The Cloud Gate virtual tour allows you to explore the Anish Kapoor sculpture up close and see the fascinating reflections and distortions created by the polished steel surface, inspired by a droplet of mercury.