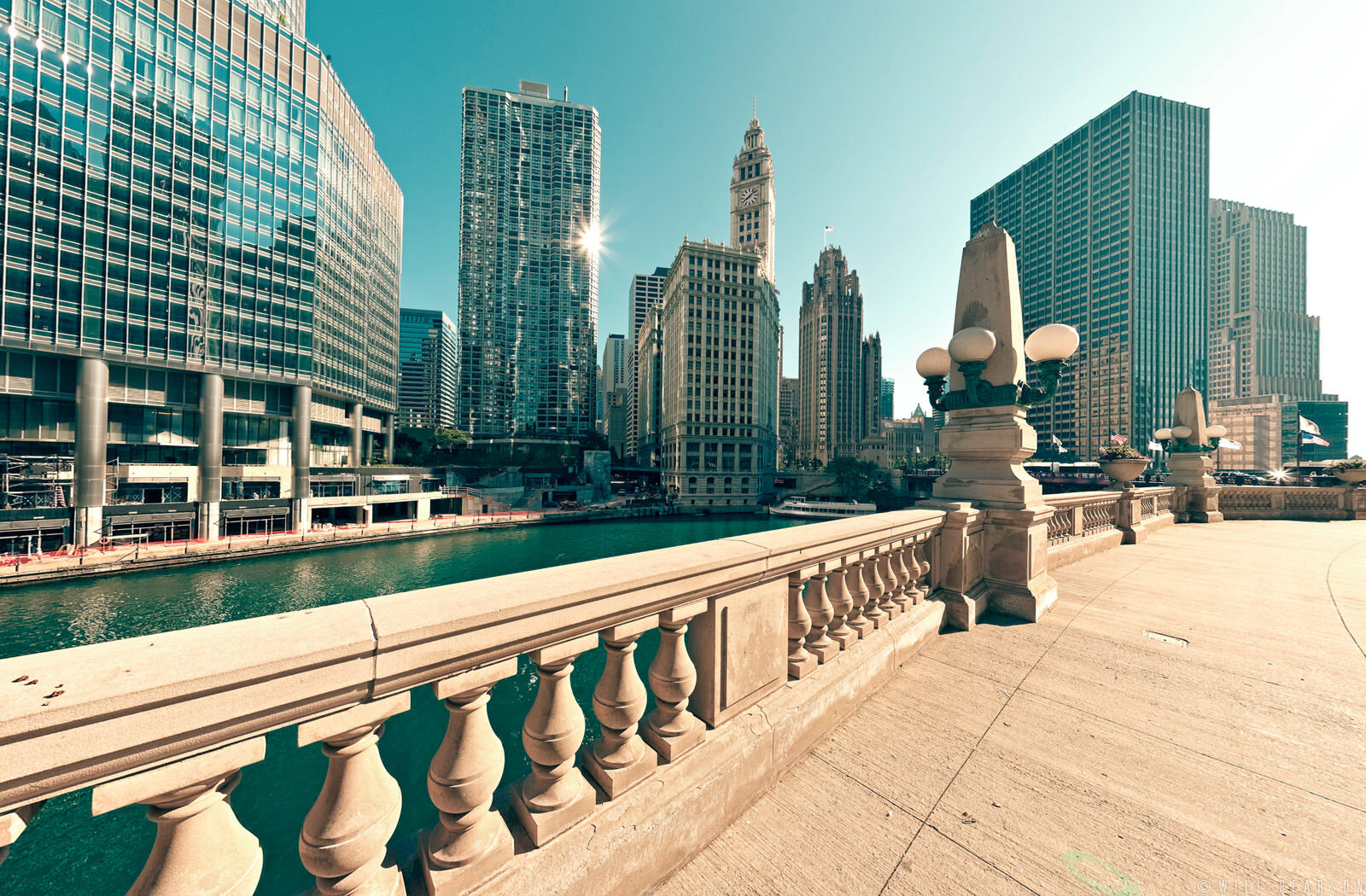 This 360 virtual tour was captured on the impressive Wacker Drive in Chicago, USA. Looking closely at the sides of the river shows you what’s so different about Wacker Drive – it’s double (and at one point even triple) decked. This feature has made Wacker Drive a popular film location for car chases and you may recognise it from the Blues Brothers, Wanted, Batman Begins or the Dark Knight.

The 35 East Wacker building (recognisable from the turrets at each corner with the main central turret rising high above) was part of a swathe of Art Deco buildings that sprang up in Chicago. Known as the Jewelers Building, it was built with its occupants’ security firmly in mind, featuring a car lift rising to the 22nd floor. This ensured that the jewelers could safely drive in with their wares without the risk of parking outside and walking to their building.