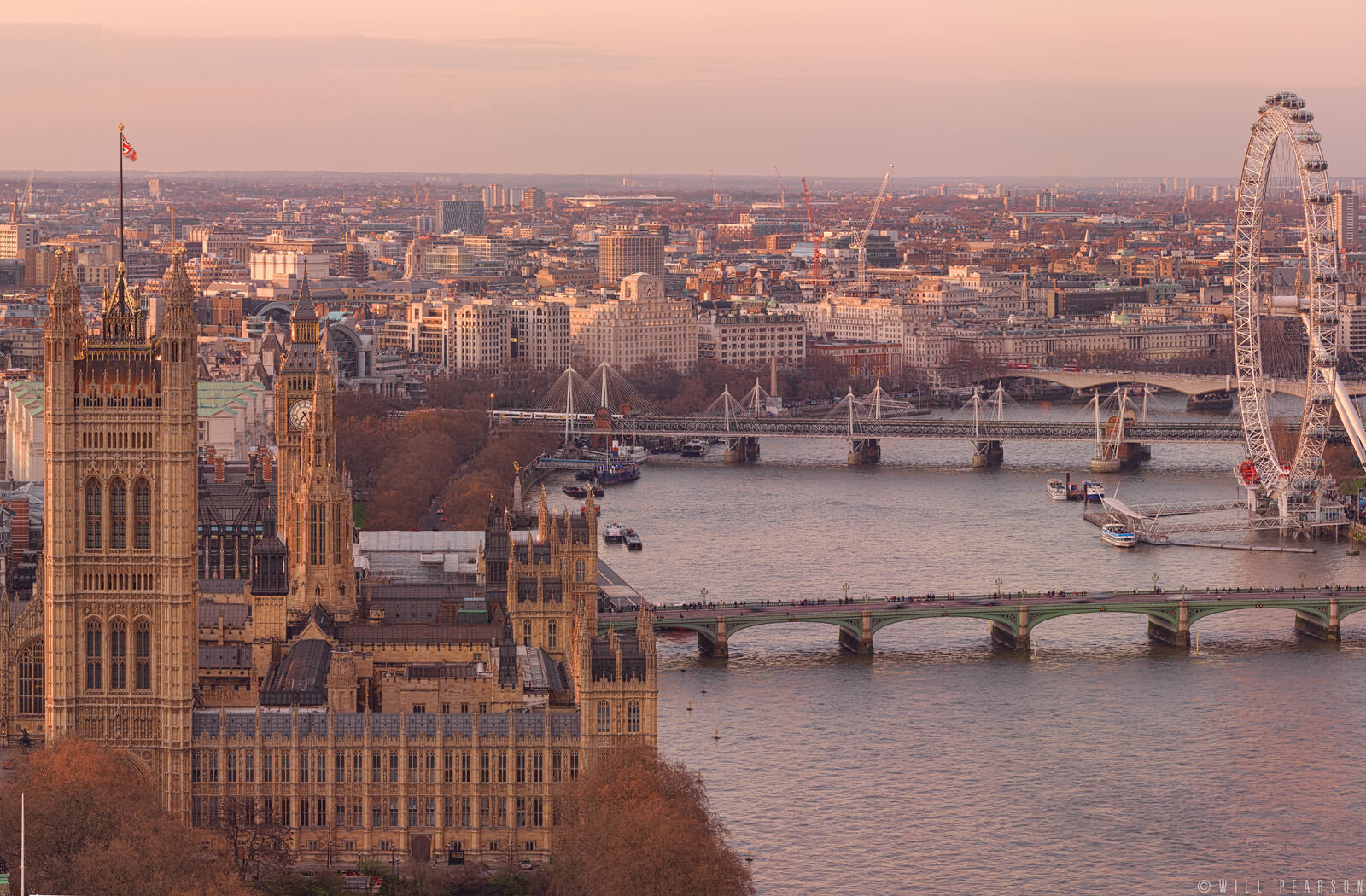 I’ve just finished working on a new gigapixel panorama called ‘Golden Mile’, which took a couple of evenings of standing around on top of a building. It had been a warm day in London and the heat of the city could still be felt as the sun set – it was great not to be spending hours frozen in high winds for a change!

It’s lovely to get a shot with quite so many of London’s landmarks included, and this has lots – the major ones I’ve listed below, but if you zoom into the gigapixel file then you’ll spot many more.

The major ones then; the River Thames, London Eye (Millennium Wheel), St Paul’s Cathedral, the Houses of Parliament, Westminster Abbey, the turrets of Lambeth Palace, the Gherkin, Tower 42 (the Natwest Tower), the BT Tower (Telecom Tower), the British Museum, The Sea Life London Aquarium at the old County Hall, Shellmex House, Nelson’s Column, Piccadilly Circus, the new 147m Strata Tower, the nearby Elephant & Castle and Alexandra Palace in the distance in North London.

The image is incredibly high resolution – and will print at photographic quality at over 10 metres without scaling up. In addition, the viewer on the site gives you the ability to explore the image online, zooming in to see the detail. Here are a couple of crops from the image. 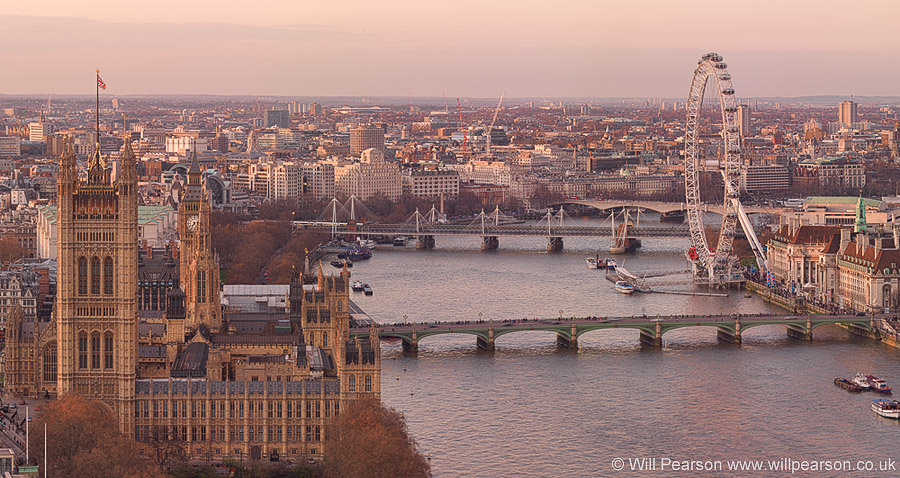 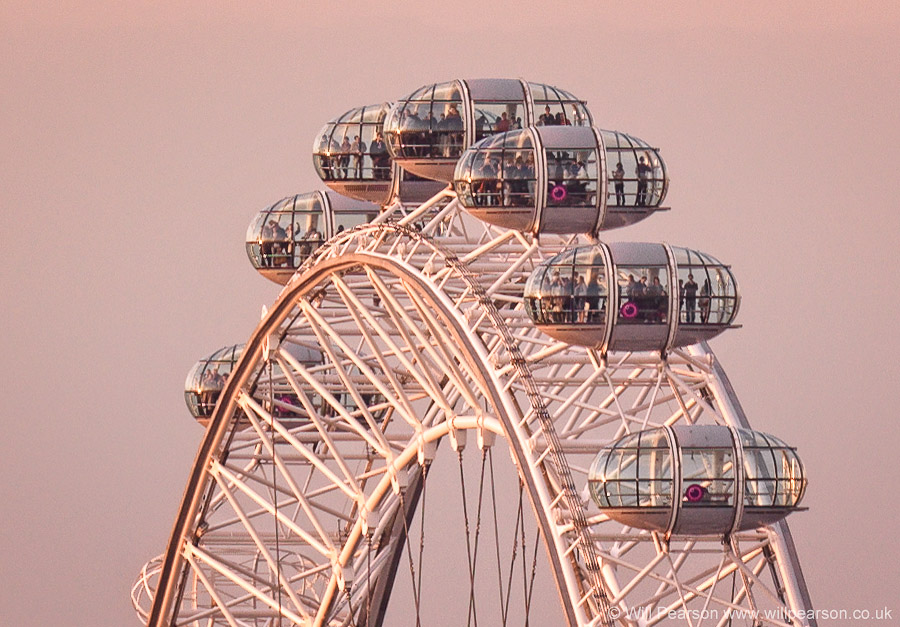 I hope you enjoy exploring the skyline. Click the link to view the gigapixel panorama.