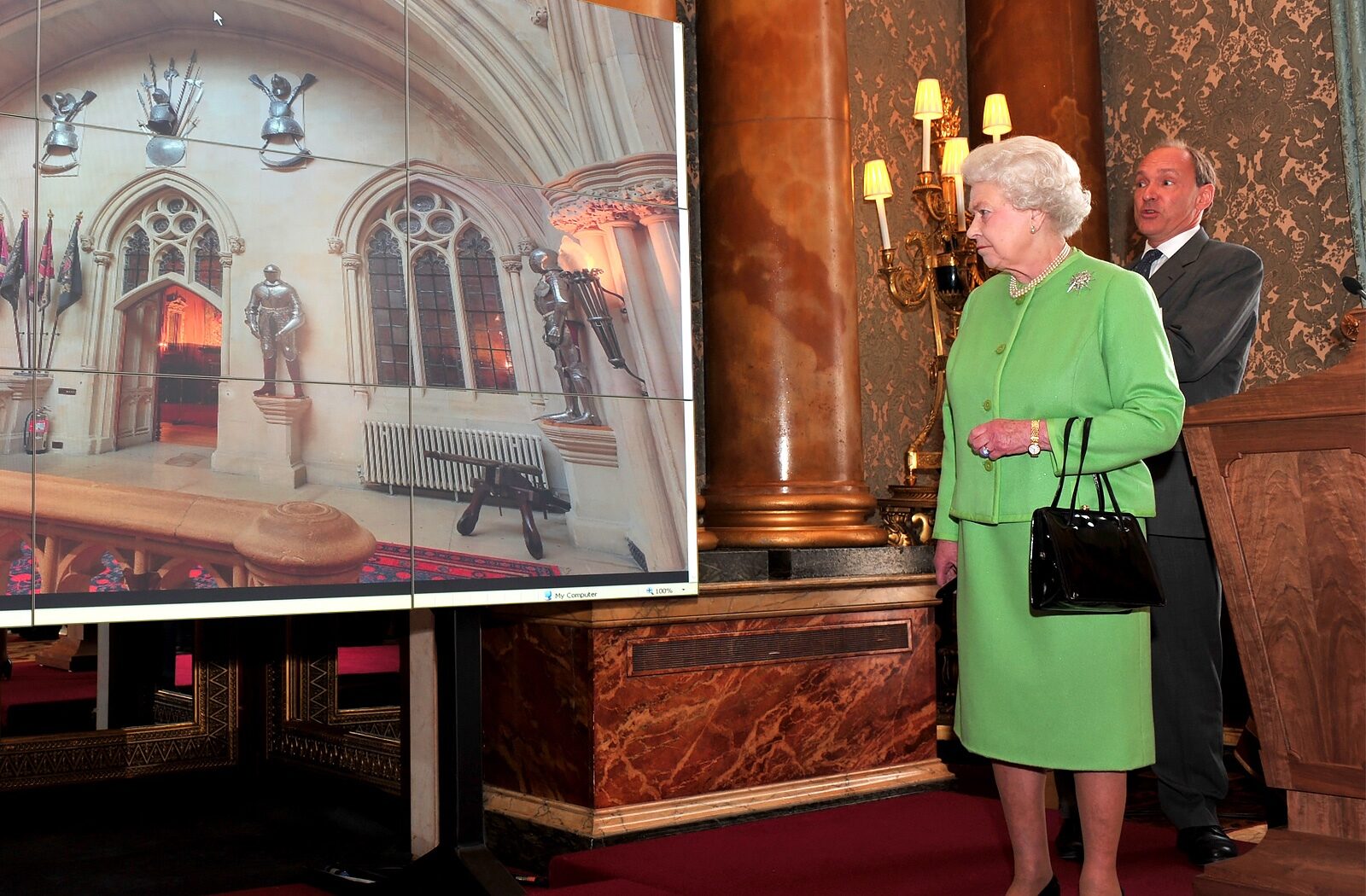 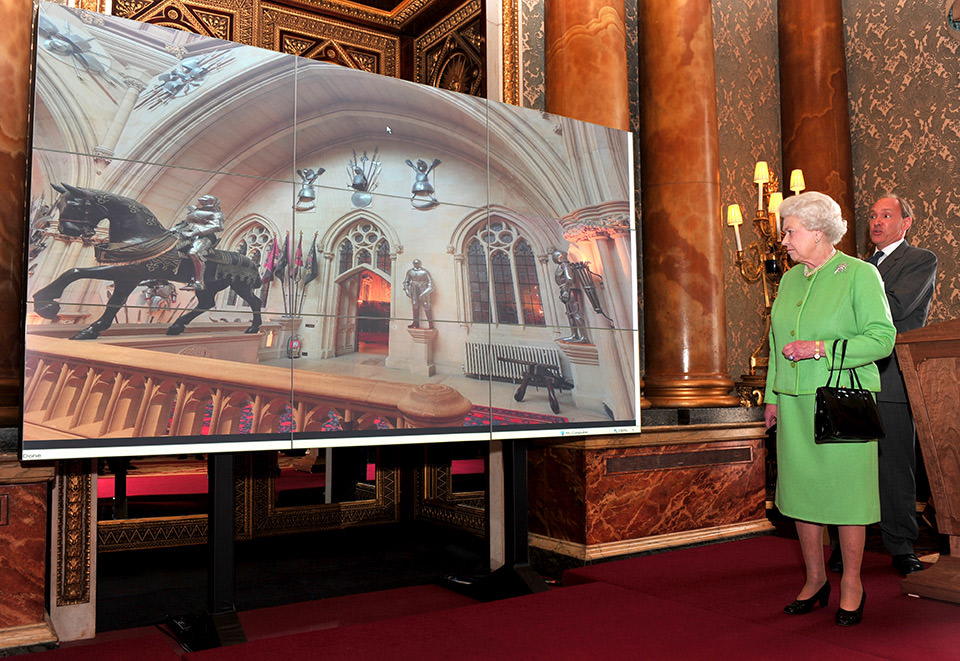 Back in 2009 we were commissioned by The Royal Household to create virtual tours of Buckingham Palace and Windsor Castle. I was invited, along with 250 other guests, to attend the official launch of the tours at Buckingham Palace. Photographs were taken at the event but it’s only recently that I’ve managed to track them down. A bit of a treasure hunt lead me to the Press Association’s archive where I found this photo of myself meeting the Queen. 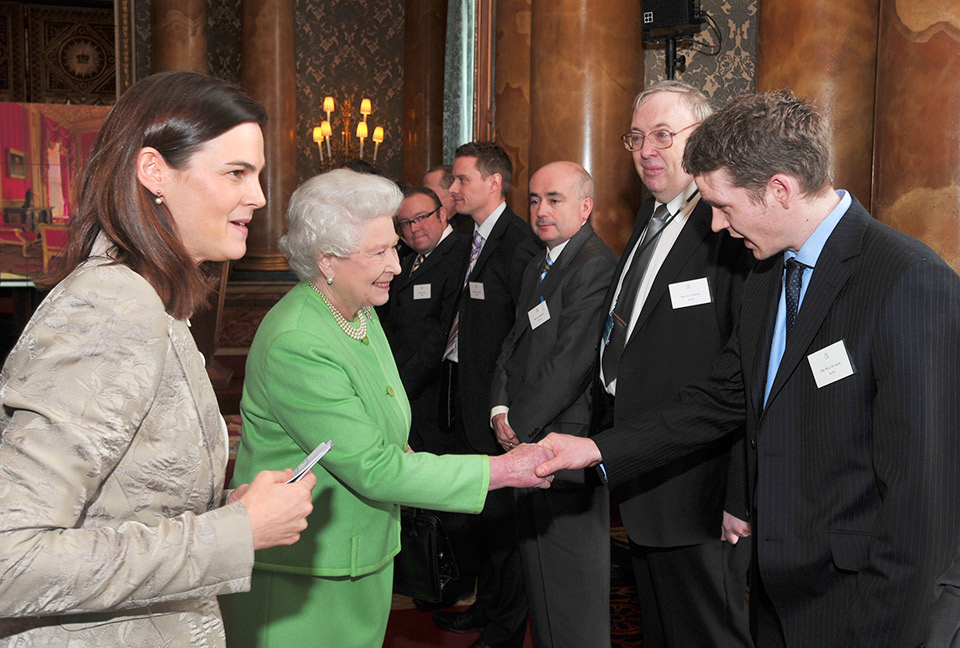 As we were introduced I had the opportunity to talk with the Queen about the photography, Her Majesty commented on the impressive clarity and sharpness of the images. Also attending was Tim Berners-Lee, the inventor of the World Wide Web. Tim gave an introductory talk about the tours before the Queen officially opened them with the press of a button.