A designated World Heritage Site, the striking Old Royal Naval College in Greenwich, London was designed by Christopher Wren, who was also the architect for St Paul’s Cathedral. Originally constructed as the Greenwich Hospital in 1712, following its closure in 1869 it became the Royal Navy College, until its closure in 1998. Today the site has multiple uses with the University of Greenwich and Trinity College of Music becoming tenants and some grounds and buildings open to the general public. 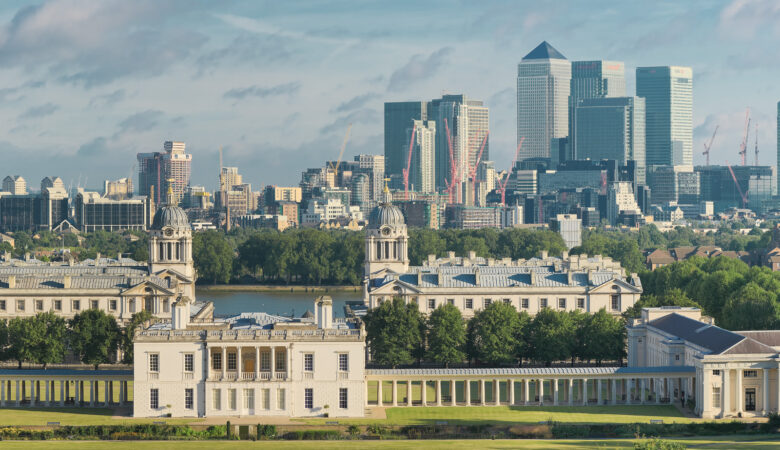 This panorama shows the views over London from The Old Royal Naval College, Greenwich. The Naval College site was planned out by Sir Christopher Wren for use as a home for retired sailors. Now the Naval College themselves have moved on, the palladian building is used by the University of Greenwich and Trinity College of […]