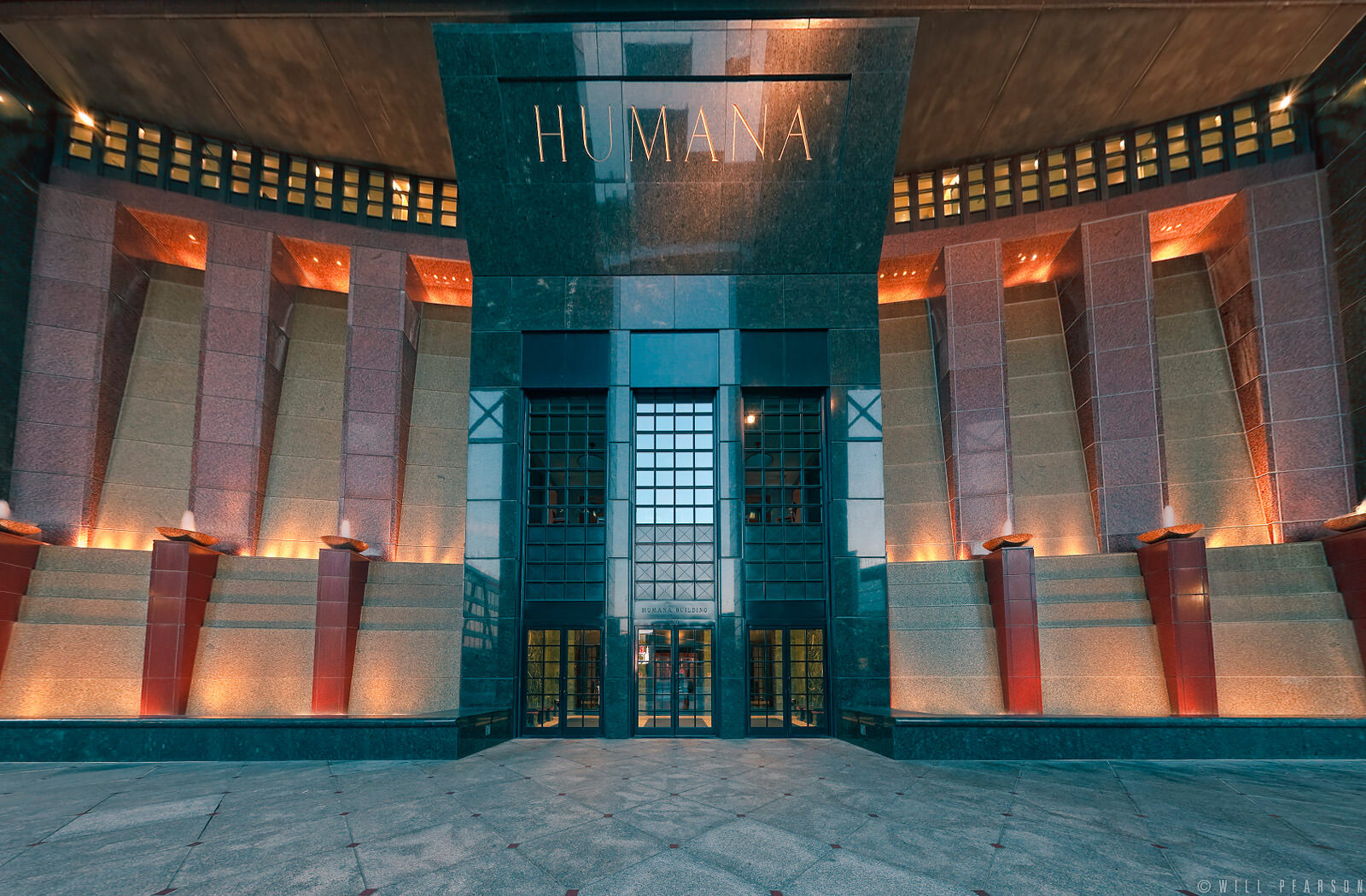 Earlier this year, I travelled to Louisville, Kentucky and had the opportunity to spend a little time wandering around the city. Louisville is famed as the home of the Kentucky Derby, but sadly as my visit didn’t coincide with the racing, I was left to find other locations of interest in the city. Being fascinated by architecture, my attention was caught by the massive Humana Building skyscraper. This building was designed by architect and designer Michael Graves, and was named as one of “the 10 best buildings of the decade” in the 1980s by Time Magazine.

The style is postmodern – characterised by the blending of pre-modern features (such as columns and ornamental detailing) with modern materials and techniques. This was a reaction against the stark functionalism of the modernist buildings of earlier years. I think that there’s a definite nod to ancient Egypt in the pink granite columns.