London is renowned for its parks, hover over London on Google Earth and you’ll get an idea as to how rich in green space the city is. Whether you’re enjoying the boating lake of Regent’s Park, admiring Buckingham Palace from Green Park, dancing away at an open air concert in Hyde Park or cycling around Richmond Park, you’re in one of London’s Royal Parks. 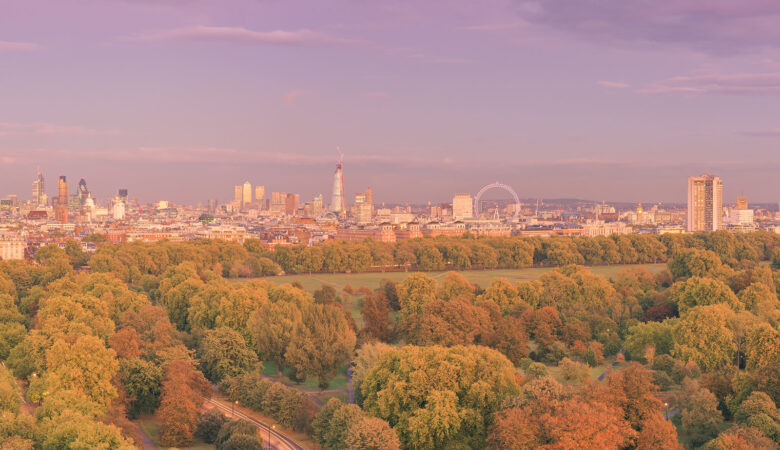 Aerial London panorama by Hyde Park with views of the Serpentine, Albert Hall, Battersea Power Station, London Eye, the BT Tower, The Shard with the City of London and Canary Wharf in the distance.