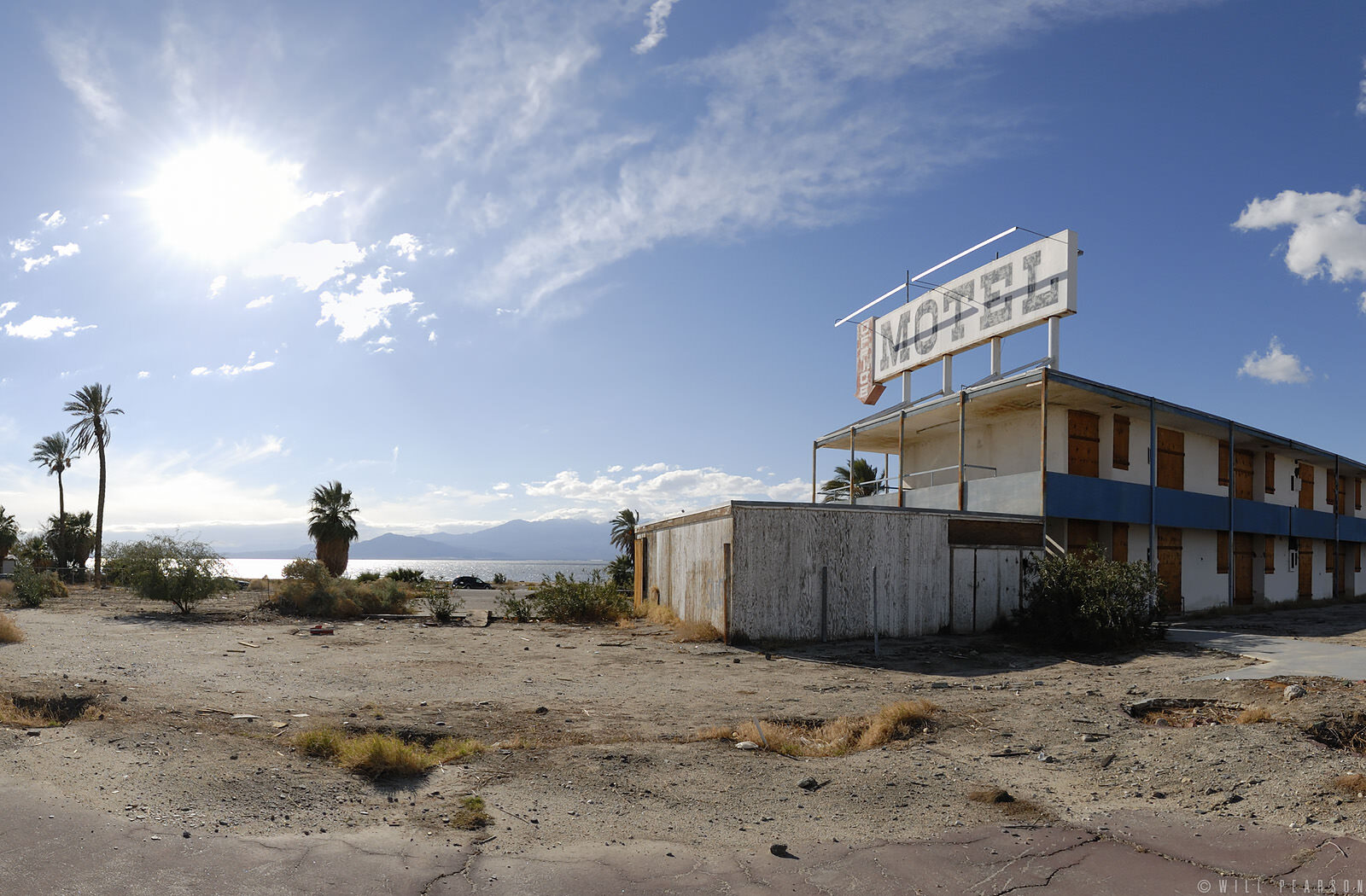 An accident in irrigation in 1905 led to the creation of the Salton Sea, a vast inland sea 69 metres below sea level in Southern California. The area became known for watersports, and after the introduction of fish to the sea, for sport fishing. By the 1950’s it was a thriving holiday destination with more than half a million visitors in the season. Stars came up from Palm Springs to play on motorboats; Sonny Bono learned to water-ski here.

By the late sixties the rising salinity (now more than 25% more saline than the Pacific) led to a mass exodus from the area, as the stench of dead fish and rotting algae became too much. Now the area is one of the most vital habitats for migratory birds in the USA, but the buildings lie abandoned.