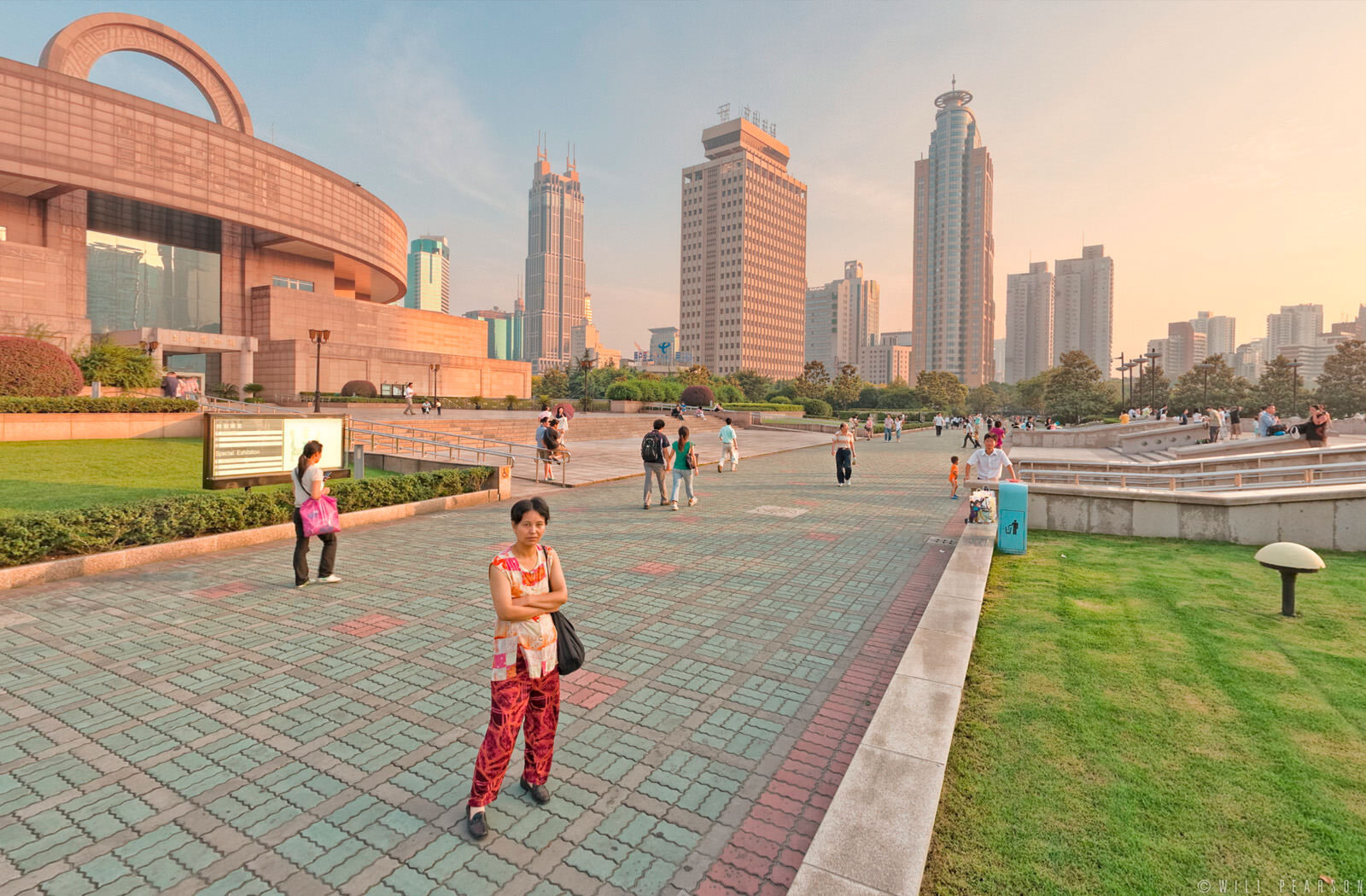 Formerly a racecourse which had been built by the British in the 19th century (before gambling and racing were banned by the communist government in 1949), People’s Park (Renmin Gongyuan in Pinyin Chinese) is now a popular park with jogging or bike-riding locals, and a destination for the family evening stroll.

Tourists flock here to visit the Shanghai Museum (the circular building) of more than 120,000 exhibits of ancient Chinese art including bronzes, calligraphy, jades and sculptures. The Shanghai Museum has previously occupied a number of sites in Shanghai, including the old racecourse club house. The new Shanghai Museum building was completed in 1996, and was inspired by an ancient bronze cooking vessel called a ‘ding’. The architect has created a building with a round top and a square foundation to represent the ancient Chinese philosophy that the earth is square underneath a round sky.