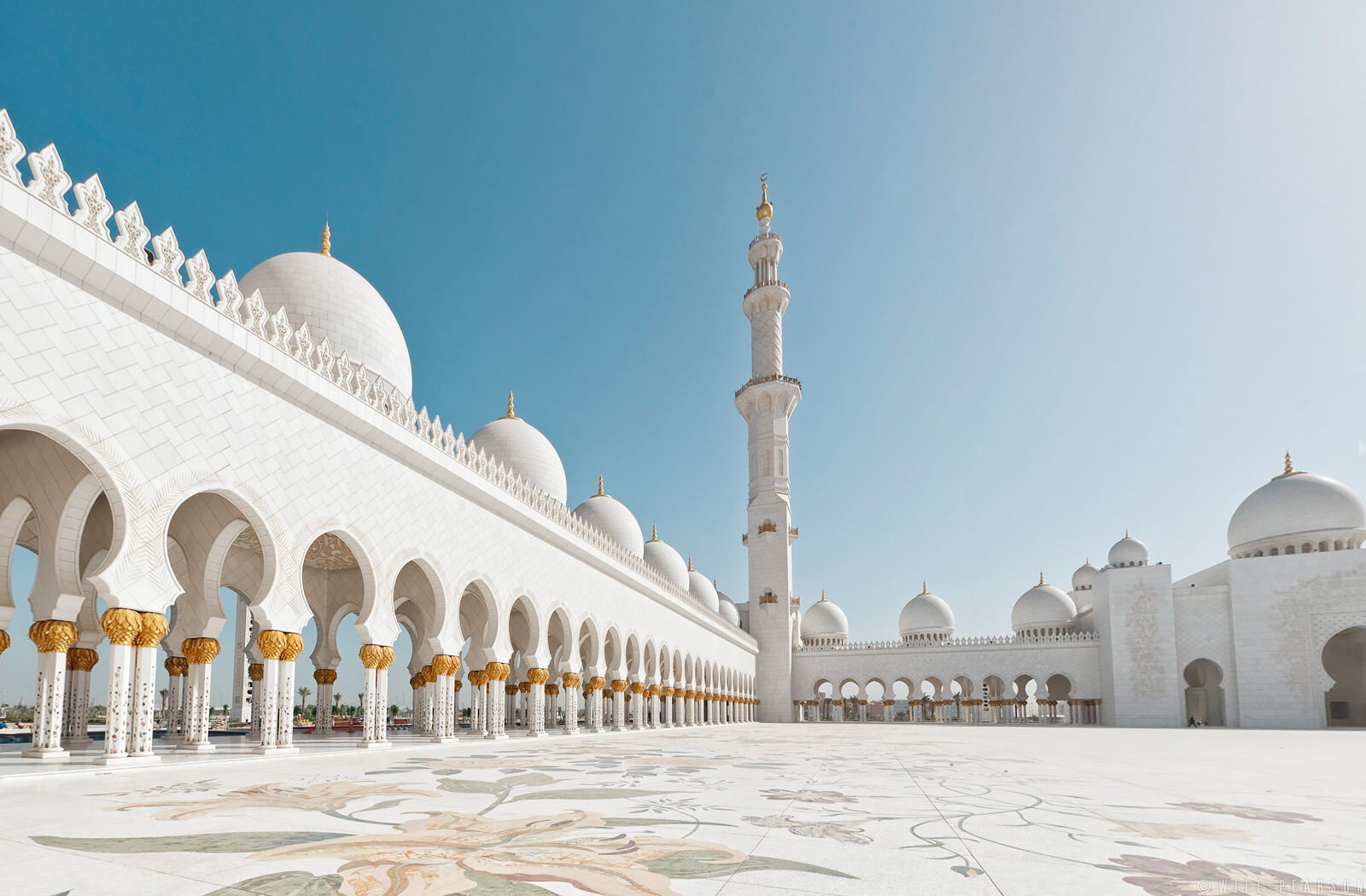 Sheikh Zayed Mosque Virtual Tour – the full name of the mosque is Sheikh Zayed Bin Sultan Al Nahyan Mosque, but it is also known to the locals as the Grand Mosque. The mosque was conceived by the late Sheikh Zayed, the ruler of Abu Dhabi and president of the UAE from 1971-2004, and also serves as his burial place. It is the UAEs biggest mosque, and one of the largest mosques worldwide.

The mosque is incredible in scale and execution – it can accommodate 40,000 worshippers. Each of its four corner minarets are taller than St Paul’s Cathedral. It features 57 white marble domes and a 17,000 metre square courtyard. The natural materials used in its construction include white marble, gold, semi-precious stones and crystals. The world’s largest carpet was created for the interior of the mosque – it measures 5,627 square metres and weighs 47 tonnes. The carpet was hand-made by 1,200 weavers who used 2,268,000 knots in its creation. Sheikh Zayed Mosque also features the world’s largest chandelier – one of seven copper and gold-plated chandeliers from Germany. The largest chandelier is 10 metres across and 15 metres high.