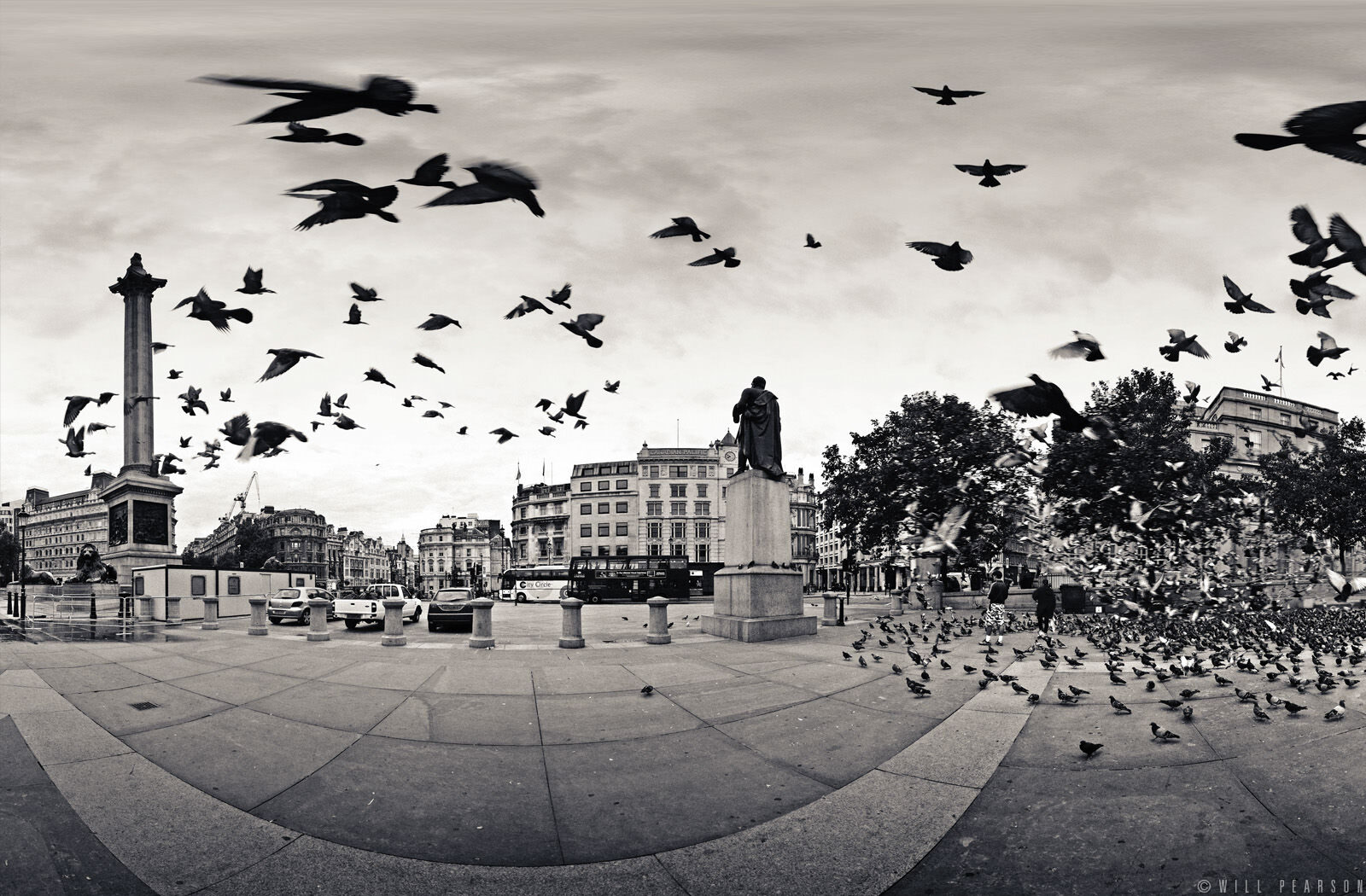 Pigeons have enormous fields of vision – they can see 340-degrees around without moving, thanks to their side-mounted eyes. The peripheral vision of each eye is so great that the two visual fields overlap, giving the pigeon a binocular field of 24-degrees when it looks straight ahead. Trafalgar square celebrates the famous naval victory at the Battle of Trafalgar in 1805. More recently it has been host to a battle of a different nature: Mayor of London, Ken Livingstone versus the pigeons. Ken has employed a mob of hawks to circle the square and scare away the pigeons. In fact, in 2004 he spent 105,000 GBP on a hawk to chase them from the Square and a further 30,000 GBP was spent in undertaking a scientific study to make sure that the pigeons were not being harmed. This panorama was taken in August 2005 – they don’t yet seem to have got the message that they’re not welcome!