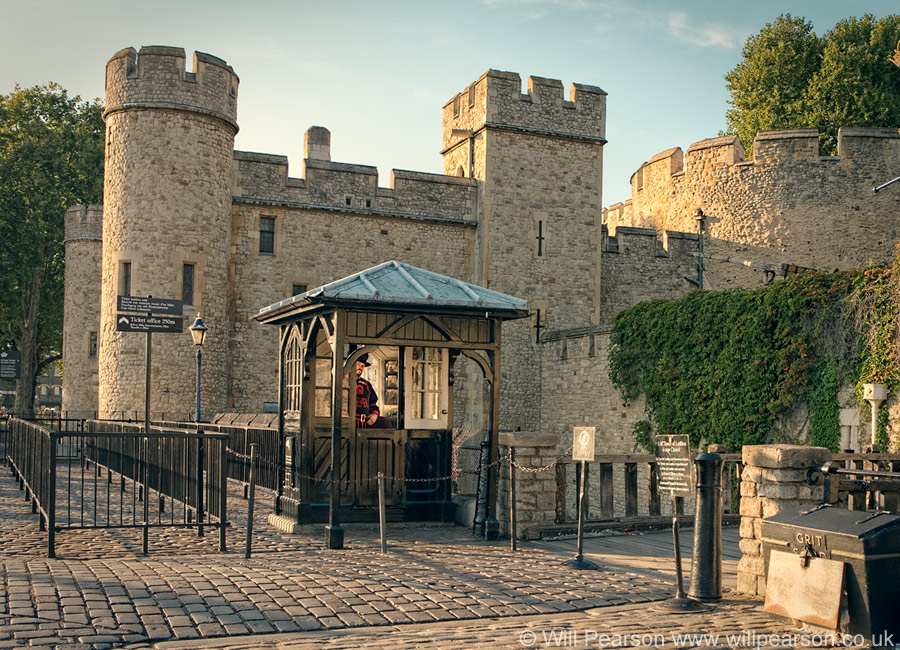 Seemingly using a tripod on the land outside the Tower of London could get you shipped inside the Tower – perhaps via Traitor’s Gate. Out shooting one sunny, busy afternoon, I was approached by a gentleman dressed in a Beefeater costume. He told me that the land outside the Tower of London was private and was I taking professional photos? No I replied – just for my own personal use. He said that the tripod wasn’t allowed and walked away before I could continue the discussion. Reassured, being that I was shooting for pleasure rather than profit, I kept shooting. He approached a second time, this time to tell me that he was in fact a police officer (undercover perhaps?!) and that I couldn’t use a tripod due to the terrorist risk. He scarpered before I could reasonably discuss the fact that I was merely taking shots of the same locations that thousands of others had in that day alone. Wearied of the constant harassment photographers face (three ‘stops’ that day alone) I decided to move on anyway.

This paranoia about tripods is worrying. No, it’s not a health and safety issue as I’m with it at all times. No, having a tripod doesn’t make me a terrorist. No, it doesn’t mean that I’m planning to print thousands of copies and sell them off the back of a van in Peckham. This theory that a tripod turns an ordinary camera into a powerful money-making terrorist uber-tool should be treated with the derision it deserves.