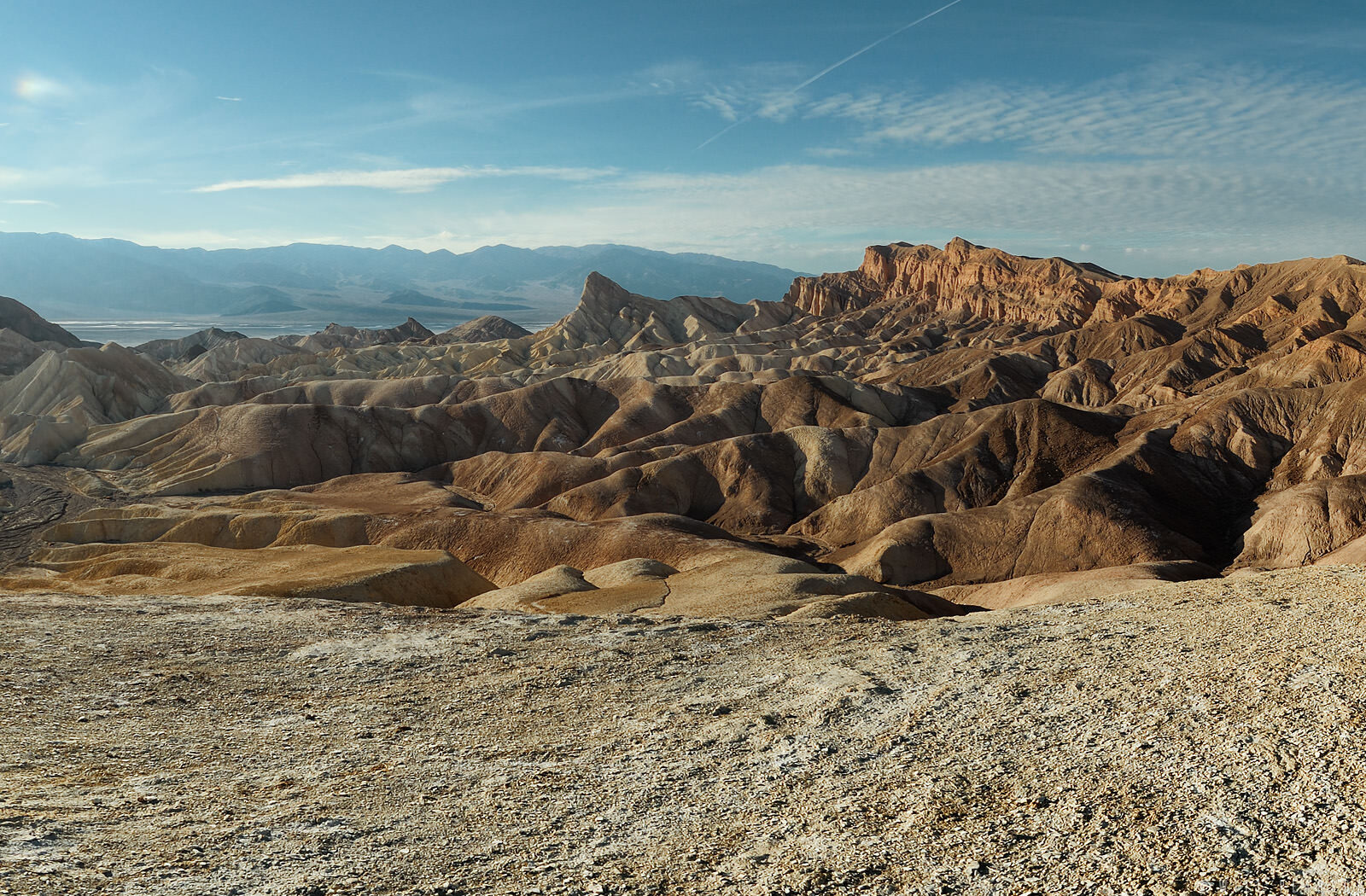 Zabriskie Point is a dramatic natural feature in Death Valley, California, formed by sediment from an ancient lake, long since dried up. Named after the vice-president of the Pacific Coast Borax Company, it was made famous as the location of the love scene in Antonioni’s 1970 film, Zabriskie Point.