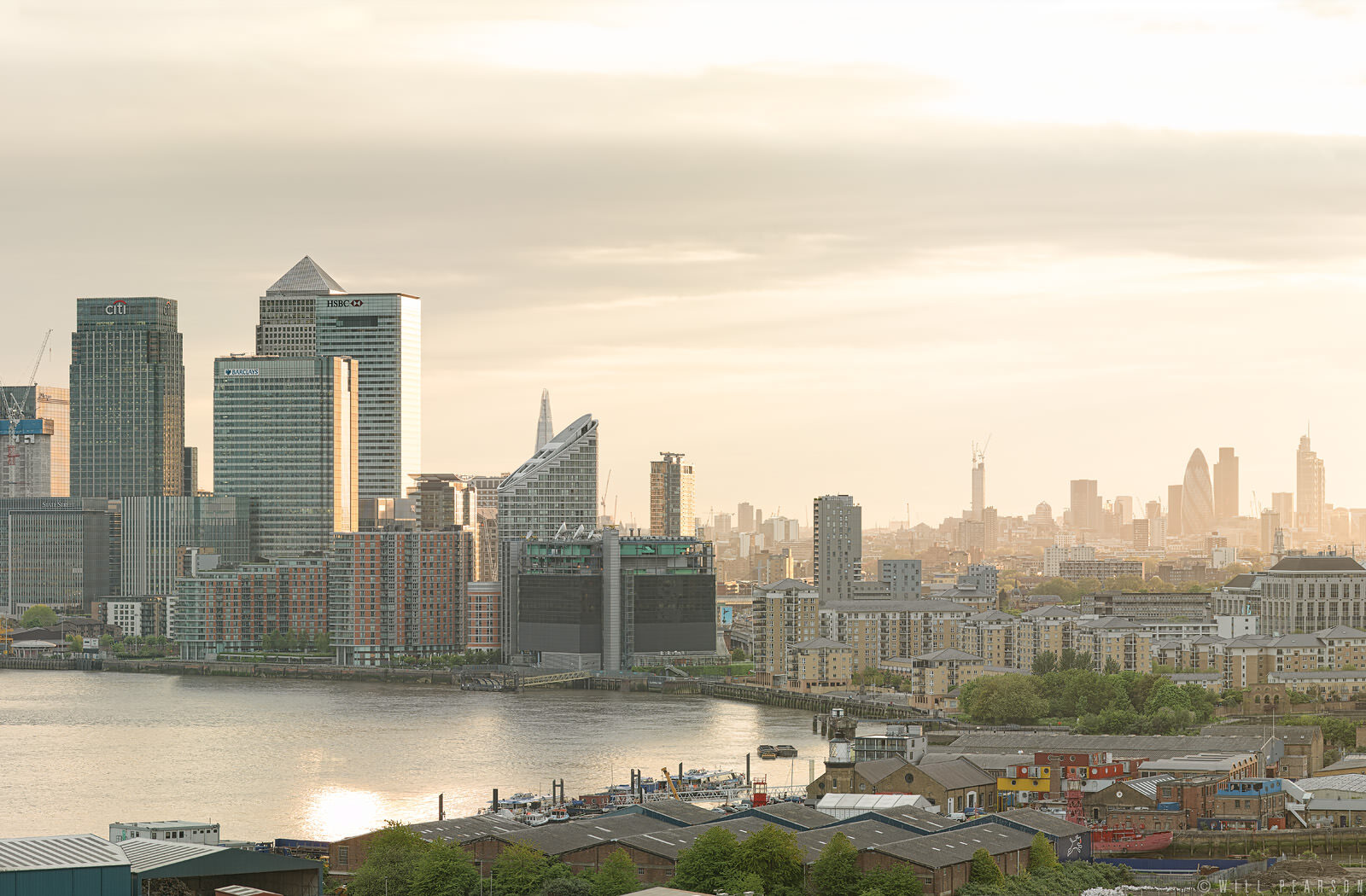 This image was shot as part of a commission for the cable car across the Thames, the Emirates Air Line. It was captured near Royal Victoria Docks and takes in a huge view across South and East London, and distant landmarks like the QEII Bridge at Dartford.

You can zoom in and explore in detail as the image is incredibly high resolution. The viewer has the opportunity to explore some less seen landmarks, like the incredible but sadly decayed Millennium Mills, an icon of industrial Britain from the docks’ days as the centre of Britain’s flour milling industry. Other landmarks in the area are the Olympic Stadium, Tate & Lyle’s Silvertown Sugar Refinery, the Thames Barrier, ExCel and London City Airport. The Olympic rings floating on a pontoon in the Royal Docks welcome visitors to London at the Airport.

Looking South you can see the Greenwich Observatory, Old Royal Naval College, the imposing chimneys of the 1910 Greenwich Power Station (still a back-up electricity source for the London Underground), Charlton Athletic’s football stadium and in the distance, Crystal Palace.

Dominating the skyline in the evening sun is Canary Wharf with the Shard just visible behind it, and further into the distance, the City with the Gherkin instantly recognisable.

Please view at fullscreen for the best viewing experience and use your mouse or the buttons to zoom in and see the detail.